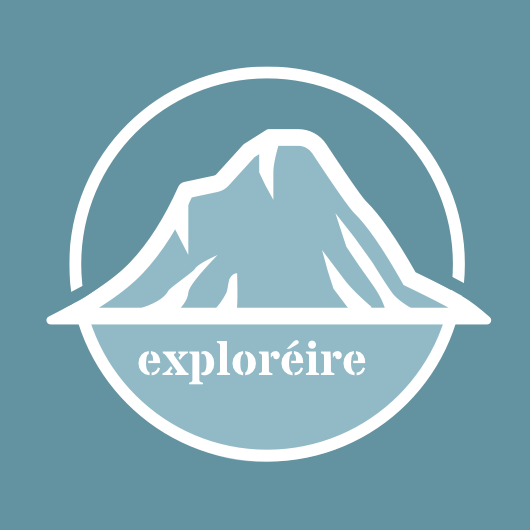 This project was about creating an app that made it easier for people to travel around Ireland. The idea was that you could choose the county you wanted to explore, view some recommended things to do in that county and then add them to a map which would direct you to get to each attraction in the easiest possible way. 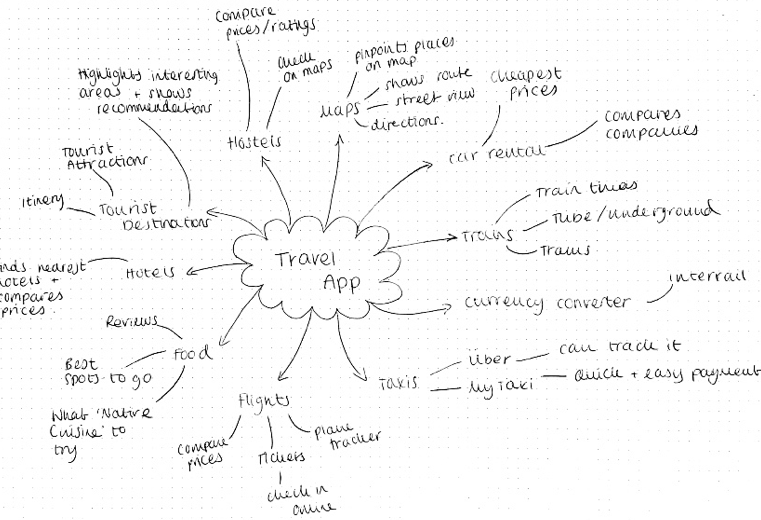 The process for designing an app starts with research and idea generation. I researched current apps to get a look and feel for app styles and layouts. I then turned to paper and sketched out a quick mindmap to get the ideas flowing. I began expanding my idea by sketching up some wireframes on how I envisioned the app to look.

The name I chose 'Exploréire' is derived from the words 'explorer' and 'Éire' (the word for Ireland in Irish).

I then came up with the branding which consists of a mountain and the name 'Exploréire' beneath it which I thought represented Ireland in a simplistic but modern way. 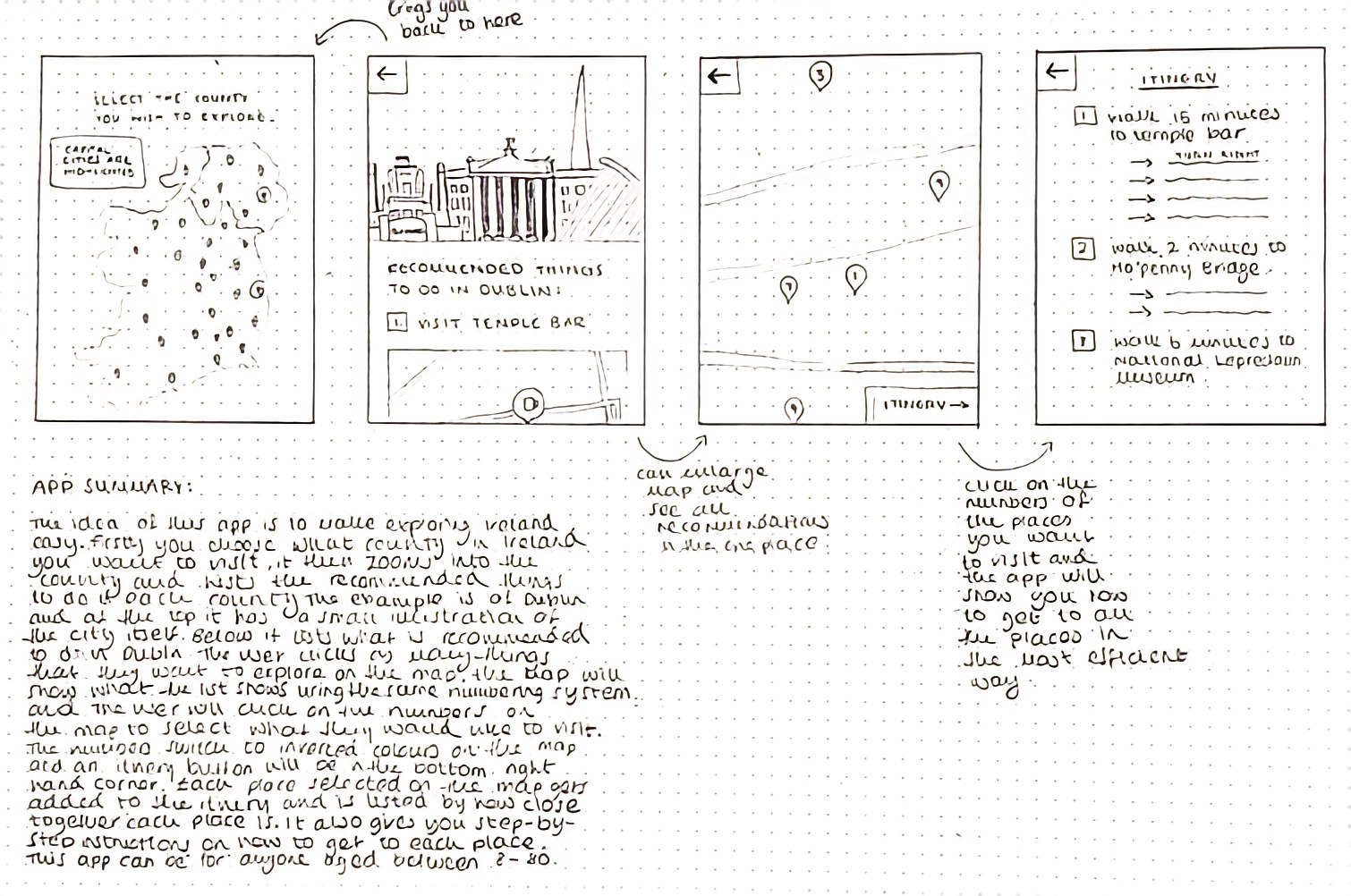 This also describes the colour palette I chose. I took Ireland's national colour which is green and tweaked it a bit to fit in with modern times. I matched it with some blues and purples that I think work well together.

I did some high resolution mockups which are shown below. I realised the user flow wasn't quite right and the buttons and icons were too detailed so I continued to adjust and refine the screens until I was happy with the outcome. 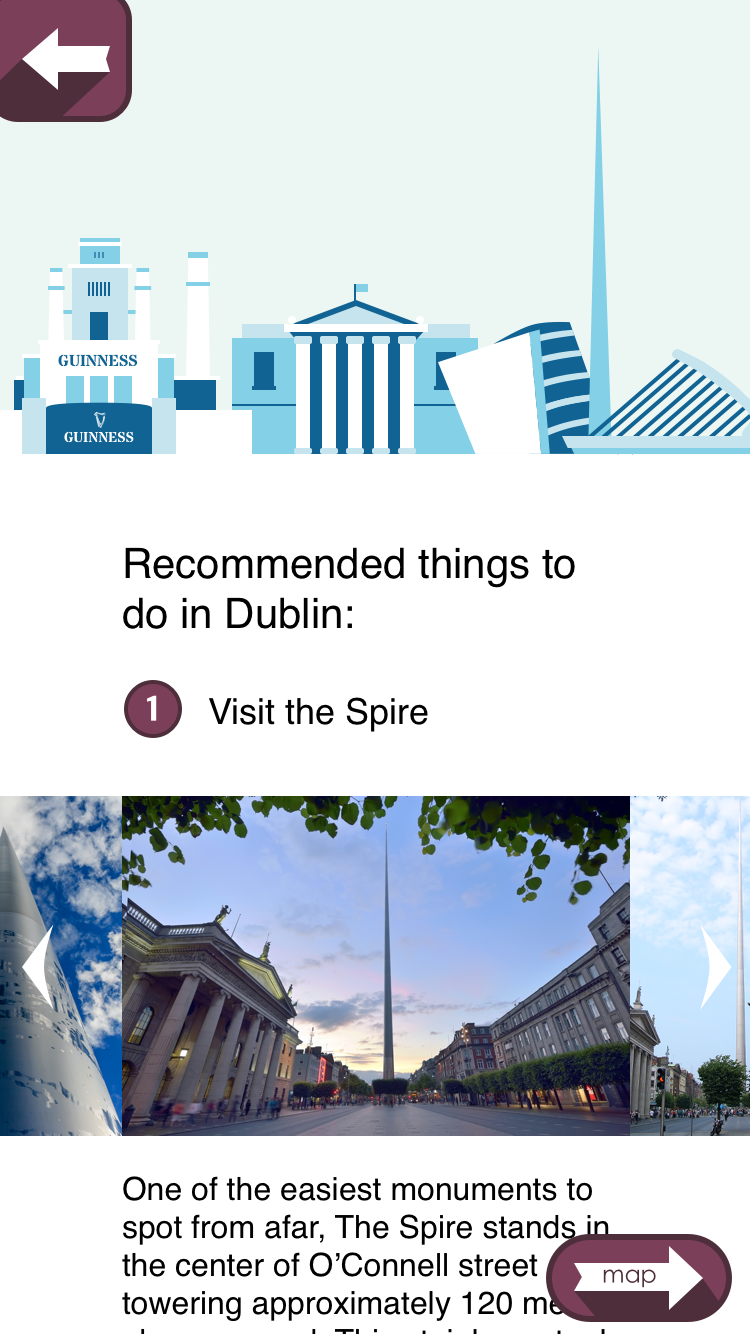 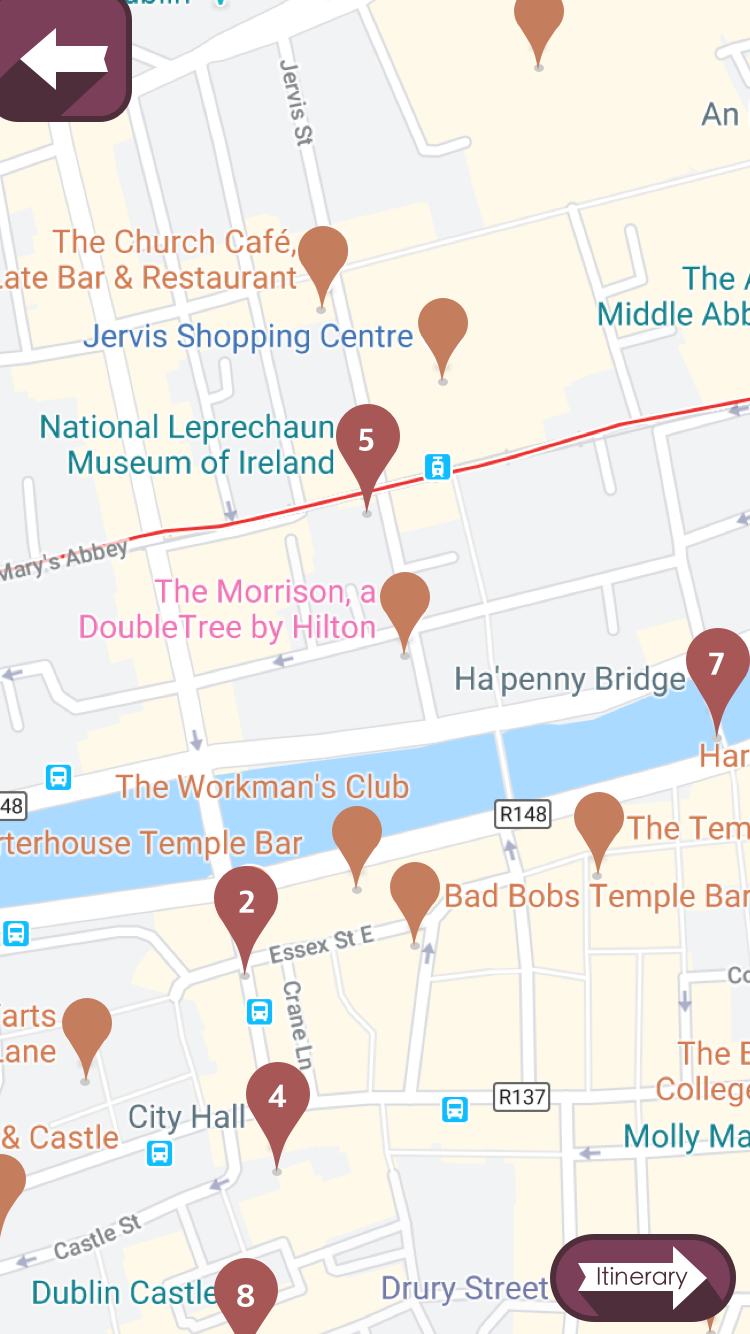 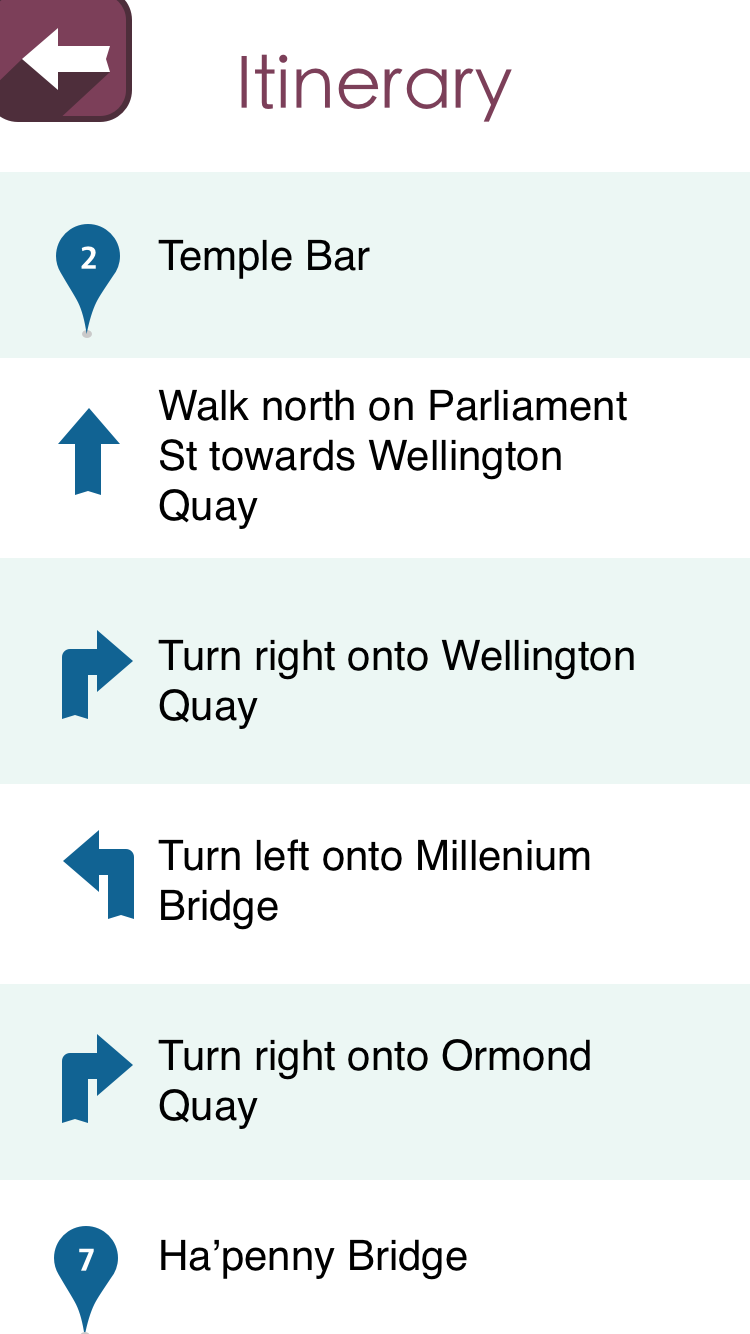 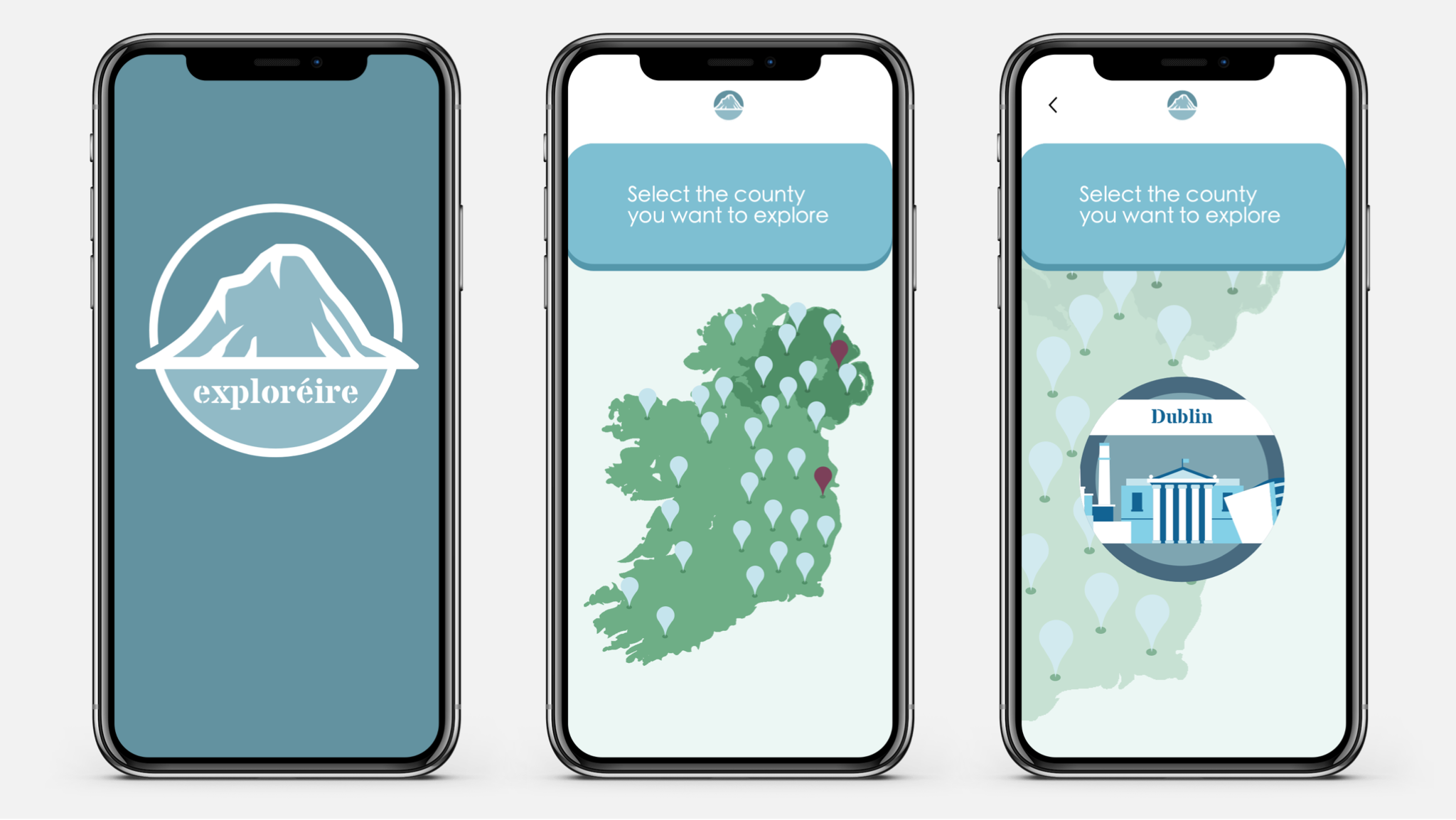 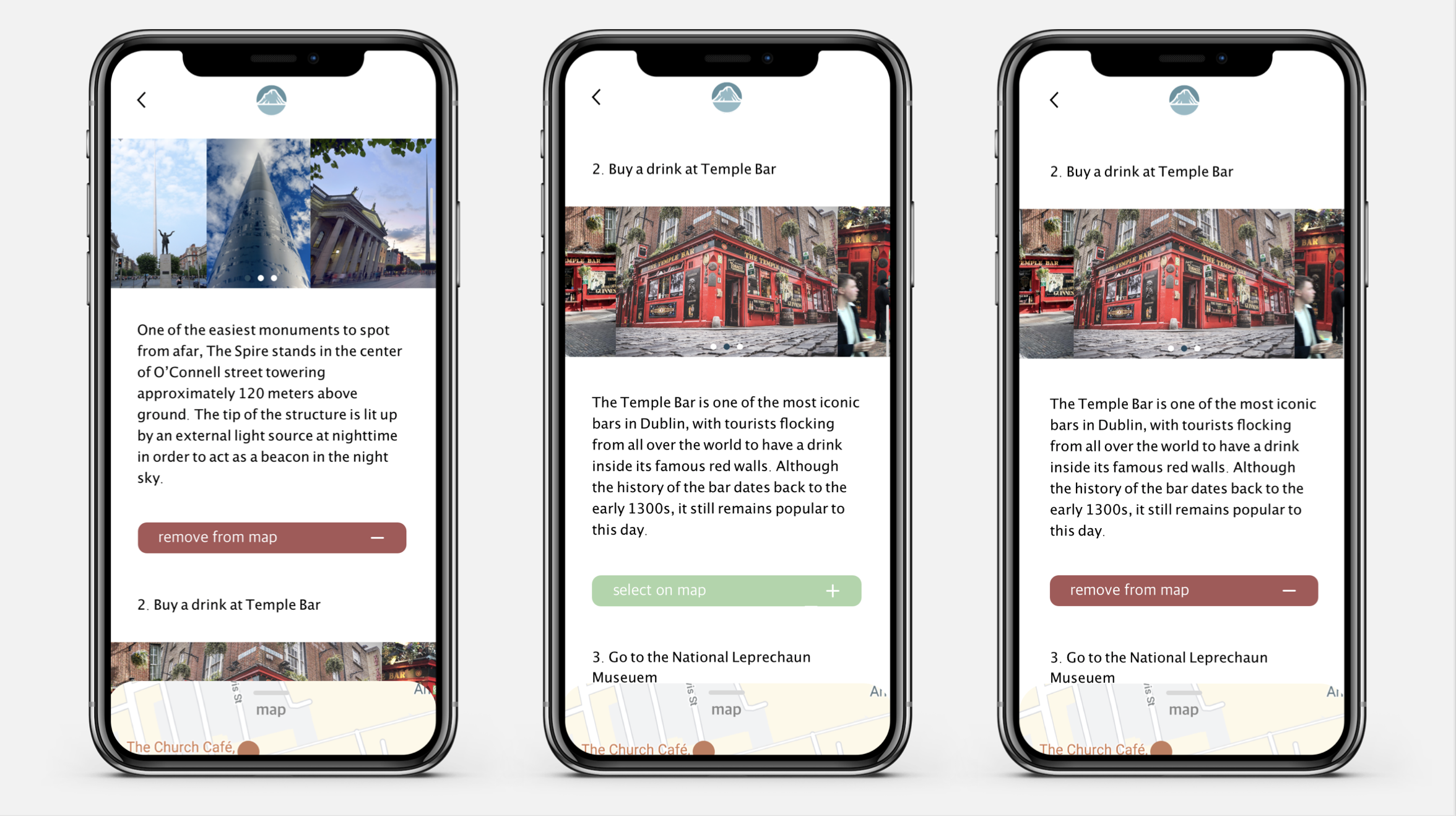 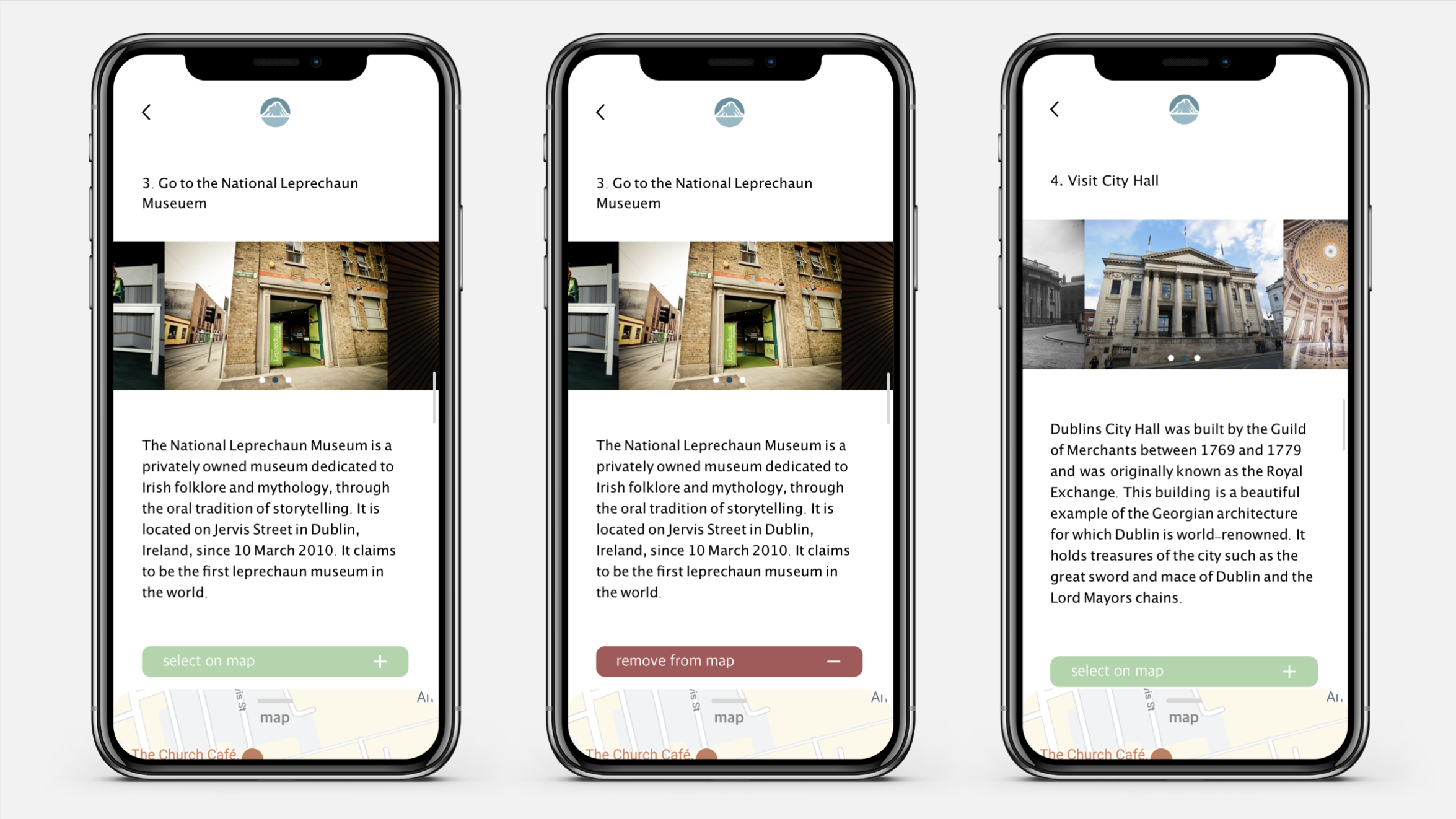 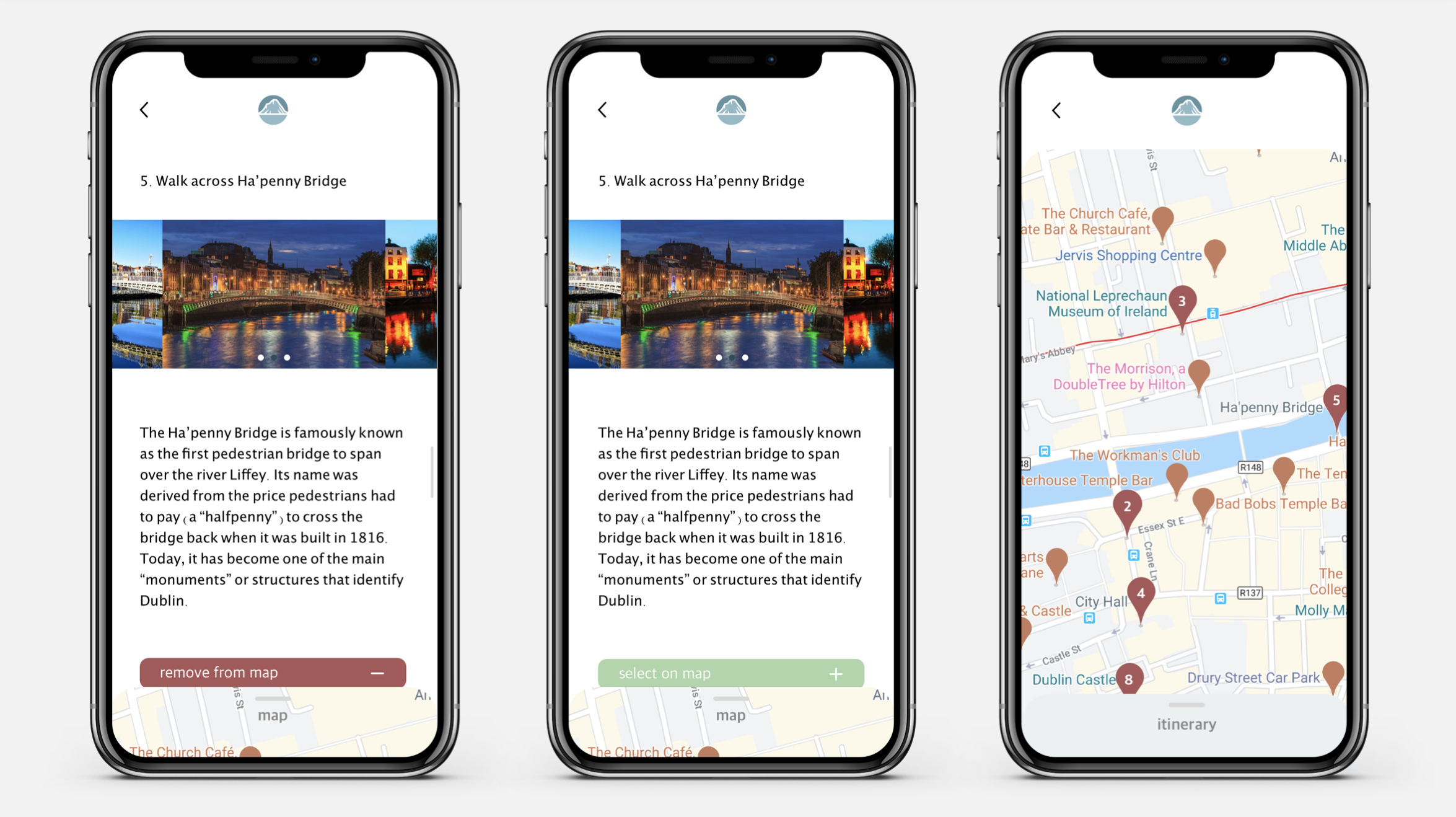 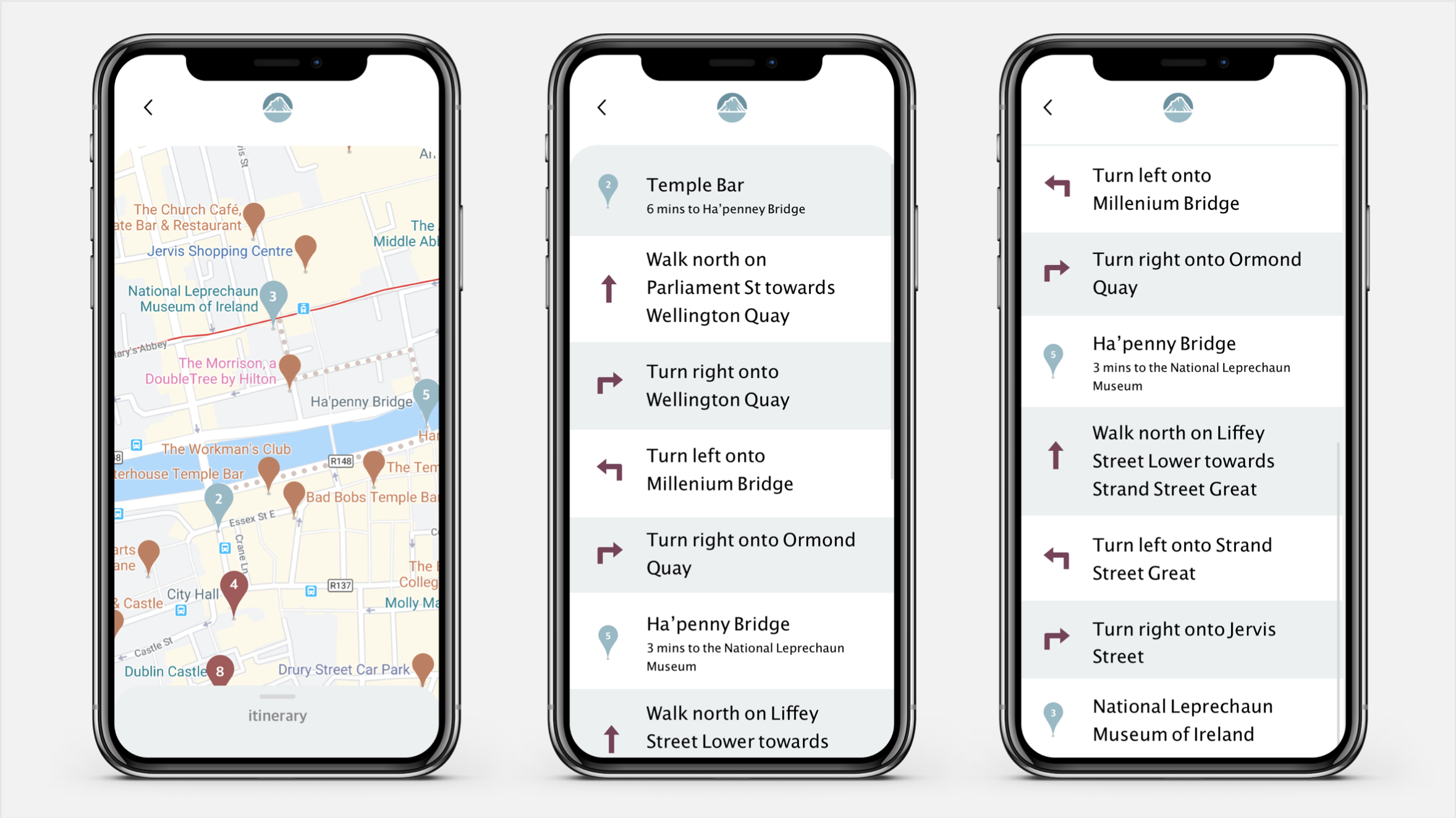 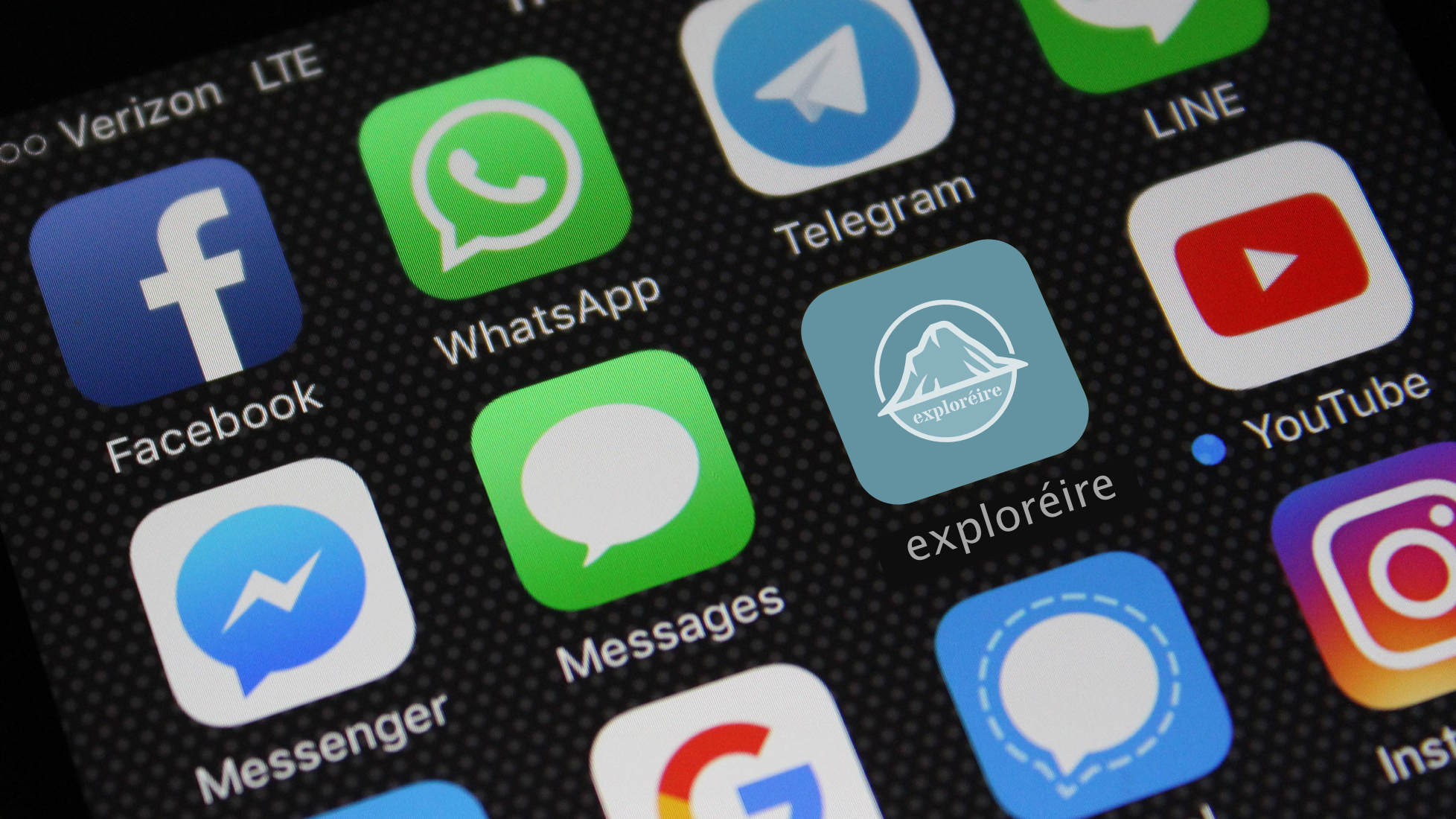